My name is Alex Mackenzie and Im a stand up comedian! I have a Vlog called An Experiment Called Life which documents my journey from quitting my job to becoming who I am today. I believe life is an experiment and the solution we are all looking for is Happiness.

I’m from Prince George, BC. When I was 18 years old I went to college and took a certificate program…

where I became a pulp and paper technologist. I then began working at one of the local pulp mills in my home town. I was in general operations for 3 years before bidding into another department that gave me the opportunity to go to school for Power Engineering. Upon completion I worked as a Power Engineer for 3 years before that became stagnant and I felt the need to do something else. I then started an apprenticeship at the British Columbia Institute for Technology to become and Industrial Instrumentation Mechanic. This was a 4 year program. During the program I was happy because I was working towards something. Once I completed the program and got into the rhythm of regular working I found myself unsatisfied with life.

I had everything that society told me I needed; I had been a home owner since I was 20 years old, had a nice vehicle and a six-figure job. But I was unhappy. I was stuck at a job I did not enjoy. Working 40 to 60 hours a week to pay bills that never seemed to end. Fortunately for me I had found stand up comedy.  I began doing stand up comedy shortly after my 26th birthday. It was always just a hobby of mine. In the beginning I would perform once a month at one of the local venues in my hometown. I had the opportunity to open for professional comedians from all over the country. It was inspiring to meet these people who were making a living doing something they love rather than having a job to pay the bills. As the years past comedy began to pull me closer and closer. Eventually in my hometown a comedy club opened. This gave me the opportunity to get on stage every week, sometimes multiple times in a night. This is when my love for comedy really started to grow. I then began going on the road with professional comics travelling across BC and Alberta and opening for some of the top names in Canadian Comedy.

This has now brought me to my new life. I quit my job working for the company I had worked at for 12 years. I then sold my house and all of my belonging. I used the money to buy an RV for my Dog (Finley) and I to call our new home. This new adventure has been more rewarding than I ever could have imagined. We have traveled coast to coast in multiple countries around the world. Been fortunate enough to have had national news pieces published. As well as got to perform at some of the biggest comedy festivals on the planet. This is just the beginning and I am very optimistic and excited for what is coming next! If you would like to follow along on this experiment click any of the links below that might interest you!

I have a Vlog on YouTube documenting my journey to becoming a professional comedian. It starts from the day I quit my job up to the current day! I would love for you to follow along so please subscribe to my channel for weekly videos! I also have a Podcast where I interview comedians. If you are looking for daily content follow my Tik Tok page where I post daily jokes which have been viewed over 40 Million Times! To keep up with any events go and give a like to my Facebook . If you are more into pictures and general social media content give a follow on Twitter or Instagram. Thank you so much for everything and I couldn’t do this without you!

In the media! Article links: 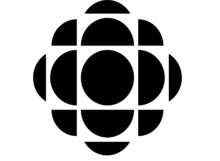 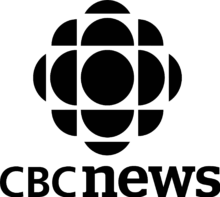 Alex Mackenzie has been described as a happiness cheerleader. “A genuinely funny man with a sincere desire to spread happiness” says Stage Whispers Australia. Alex Mackenzie lives in BC, but he could live anywhere! In 2019 Mackenzie quit his six-figure job at the pulp mill, sold his house and moved into an RV to chase his stand-up dreams! Now he is in international demand – Mackenzie tours around the world performing in sold out theatres. He’s performed at the Melbourne Comedy Festival, is the Host of the Hungry for Laughs Comedy Tour and his charisma and clever joke writing have gained him rapid popularity online that’s increasing daily with his videos reaching over 40 million views! He often gets recognized in public and is asked to move his RV.